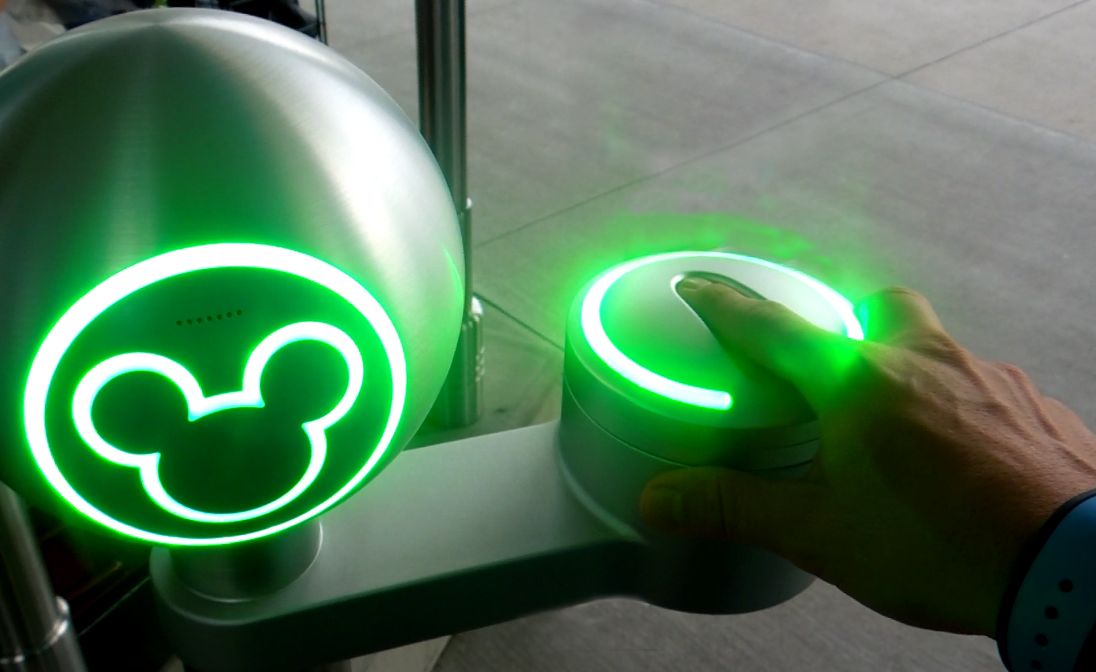 Walt Disney is one of the most admired companies in the world and annually, approximately 100 million visitors spend a lot of time in the Walt Disney parks around the world. These visitors could generate a lot of data and that is exactly what Walt Disney aims to achieve. Recently, they announced the introduction of the wireless-tracking wristband ‘MagicBand’. They aim to make the visit to the Walt Disney World in Orlando a more magical experience while in return record the complete data trail of the visitors.

The MagicBands are linked to a credit card and function as a park entry pass as well as a room key. They are part of the new MyMagic+ system and joining is still completely voluntarily. However, visitors who join will have many advantages such as jumping the queues, pre-booking rides, changing reservation on-the-go via smartphones, being personalized addressed with their name by the characters and many more.

In the mean time, the MyMagic+ system allows Walt Disney to collect massive amounts of sensitive and valuable data such as real-time location data, purchase history, information about the visitors, riding patterns and more. As such, Walt Disney is building a gigantic database of every move of the visitors of the park. All this data is waiting to be analysed and used by Walt Disney to make better decisions, to improve its offerings and tailor its marketing messages.

Although they are collecting massive amounts of data, Walt Disney does respect the privacy of their visitors. They allow visitors to completely control how much and what sort of data is collected, stored and shared with whom or to op-out completely. Visitors can select via a special menu whether or not Disney can send you personalized offers when they get back or during their stay. Parents have to opt-in before the characters in the park can use the personal information stored in the MagicBand. However, even with the most restrictive selection, the MagicBand does record general information about how the visitors use the park, as noted by the NYTimes.

In order to achieve a magical experience with the MyMagic+ system, Disney had to go great lengths. The 60.000 employees needed to be trained to use the system as well as free WiFi across the 40-square mile park in Orlando had to be installed. The free WiFi allows visitors to use their smartphones more often while in the park, adding to the amount of data that will be collected. Analysts estimate that the entire program costs around $ 800 million.

In order to store, process, analyse and visualize all data that is generated through the MyMagic+ system, Disney created a big data platform based on Hadoop, Cassandra and MongoDB. It was complemented by a suite of other tools for particular use cases, as mentioned by GigaOM. They moved from an RDBMS to their first Hadoop cluster in 2009 to a complete Data Management Platform in 2011.

Today, all the collected data allow Disney to gain additional insights via, among others, audience analysis & segmentation, a recommendation engine and analysis of in-park traffic flow. They did start small however, and built the big data platform like a startup builds a company; with a small and flexible team, failing fast and early but improving along the way. They started with open-source tools to keep the costs down, but as the amount of data grew, the open-source tools used failed and Disney opted for paid tools that are more reliable with the amount of data Disney processes.

The opportunities for Walt Disney and Big Data are enormous. Already they see great results from the MyMagic+ system in the Walt Disney World Orlando, so we can expect them to expand the project to other parks around the world. The data that they collect with the system is gigantic and it will provide Disney with extremely valuable insights that they can use to give the visors an even more magical experience.