What do you get if you cross a digitised politician with a liquid neural network?

Hello everyone and welcome to the Tech Journal. My name is Mark van Rijmenam, and I am The Digital Speaker. I’ve cloned myself and sent my digital twin into cyberspace to bring the good digital news straight to your retinas.

From quantum computing and AI through to blockchain and nano-sensors, I take a closer look at what these digital breakthroughs mean for our personal and professional lives.

Let’s take a quick look at what I am covering on today’s show.

First, I am going to take a look at a new breed of digitally savvy politicians emerging from the ashes of our democracy. Will having a Twitch Streamer President or an Instagram Story Prime Minister make a difference, or is it more of the same?

After, I will be moving away from digital theory and exploring Liquid neural networks; what they are and how they are making big waves. And so, without further ado, I invite you to relax, sit back, and get ready for your digital download.

You can either view the episode above or view it on Vimeo, YouTube or listen to it on Anchor.fm, Soundcloud or Spotify.

As you are probably already aware, only a few years ago, Klaus Schwab, founder of the World Economic Forum and regular attendee at Davos, dubbed the age we are living through as the fourth industrial revolution.

With a digital explosion whose ripples resonated throughout the world, humanity entered a new era, one which brought with it its own culture, norms, and most importantly, the internet.

Within a space of a few years, the internet became the new TV, library, newspaper, loudspeaker, concert, and more recently, a new platform for politicians, changing the way these political ones and zeros interact with citizens.

We have seen a number of examples recently of politicians beginning to digitalise their messages, but I’m going to take only two as case studies, former President Trump and Member of Congress Alexandria Ocasio-Cortez.

The first, former President Trump, made himself the first sitting American President in history to routinely address the American people and the first president to get banned from Twitter.

His use of Twitter represented a symbolic move away from traditional analogue media towards new digital media, in a way that resonated with the American people and his eighty-eight million followers.

The second, Cortez, represents a new generation of digitally literate millennial politicians. She demonstrated her literacy recently by being one of the first mainstream politicians to Twitch stream.

Despite having no experience streaming, Cortez’s stream caught the attention of four hundred and thirty-five thousand viewers within the first few minutes, becoming in the space of a few minutes one of the platform’s biggest streamers.

For those of you who do not know, Twitch is a live streaming platform mainly associated with Gen Z audiences. What YouTube was for Millennials, Twitch is to Generation Z.

Social media will only increase, especially among politicians. But what does this mean for our personal and professional lives?

Well, a number of factors come to mind: Gatekeeping, regulations, populists, anarchy, a potential for western governments to adopt the Chinese approach to online activity, etc.

But let’s only focus on the two that have been enabled by digitalisation; avoiding gatekeepers and avoiding regulations.

As Doctor Sounman Hong, a Professor at Yonsei University, wrote in 2019 “Social media represent[s] a double-edged sword for politicians. These platforms offer the opportunity to avoid “gatekeepers,” […] [but] have the potential to cause unintended and perhaps unmanageable consequences.”

And with US foreign policy being dictated through tweets for four years, he could not have been more right. First, gatekeeping. Up until the 21st century, it was the role of traditional media and they maintained strict control over who was given a platform for their speech.

On one hand, as Dr Hong puts it, traditional-media gatekeepers can, “manipulate and distort the content of a politician’s message”, seen time and time again throughout tabloid media.

On the other hand, Eric Goldman, professor and director of the High-Tech Law Institute at the Santa Clara University, argues that “without the fact-checking of traditional media gatekeepers [politicians have] a direct channel to lie to their constituents.”

This ability to communicate, unfiltered, with one’s following has led to the fake news pandemic, where so many conflicting sources exist, making it difficult for the less digitally literate to differentiate between what’s fake and what’s not.

Due to this digital hazing, “politicians with conservative or moderate ideologies” thrived on social media over the last decade, bringing us to the point where fact-checking is now a digital necessity.

Back in March 2020, Twitter issued its first fact-Checking warning on a Trump post, which ultimately led to Trump’s permanent suspension from the platform almost a year later, in January 2021.

Since then, all mainstream social media platforms have either created their own, or brought in, third-party fact-checkers.

Something that was first hinted at back in 2018, when Mark Zuckerberg was called before several governing bodies, including the US Congress, the EU Parliament, and Singaporean lawmakers, to name but a few. If governments were to regulate, we can imagine the internet becoming much more similar to traditional media.

Social Media giants could be regulated to act as gatekeepers, imposing laws and limitations on what their platforms can and cannot report, including who can and cannot use the platform. Similar to the regulations that currently exist for print media.

And with the emergence of a new type of digitally literate politician who has direct access to millions of people, we are forced to face a potential future where governments directly invest and fund digital infrastructure, as we saw in the UK during their last election when free broadband for citizens and the nationalisation of digital infrastructure proved popular policies.

And while total nationalization of any industry may not be the wisest idea, some nationalising of digital platforms may be necessary.

The elephant in the room here is without a steady source of income, most digital platforms are forced to rely on advertising revenue, which according to a Europe-based internet governance advocate and activist, “is destroying investigative journalism and serious reporting”, meaning digital platforms need to cater to the lowest common denominator and reduce serious issues to click-bait.

There are other digital business models, such as selling memberships and subscriptions, and relying on patrons and crowdfunding.

But memberships and subscriptions, or “paywalls”, keep high-quality news away from lower-income citizens. And relying on patrons and crowdfunding can prove unstable at the best of times.

Without challenging Marx’s digital clone to a debate and going too far into the potential class ramifications, I feel it is safe to say that a closer relationship between the people and their representatives if protected from populist exploitation and sensationalist click-bait reporting, will only lead to more citizenry-focused policy.

Benefiting both our private and professional lives.

Phew, that was a heavy topic. Now, let’s change up the pace a little and look at something a bit more tangible, something that is making a bit of a… splash…

Yes, of course, I am talking about Liquid Neural Networks.

This flexible algorithm neural network reportedly adapts and changes to its conditions, helping researchers affectionately dub it a “liquid” network.

The idea for the names comes from an analogy drawn to dropping a stone into a body of liquid.

In the same way, the falling stone creates ripples in the liquid, input into the algorithm is converted into a Spatio-temporal pattern, data ripples, if you will, empowering the Neural Network to adjust its parameters in real-time, increasing its ability to analyse live data. Spatio-temporal meaning being in both time and space.

Ramin Hasani, the lead author of this study, has high aspirations for this new technique, stating how the breakthrough is “a way forward for the future of robot control, natural language processing, video processing — any form of time series data processing”.

Good news for GPT-4 and Tesla, then. But will this make any difference to the real world? Absolutely.

Right now, most AIs are static networks, meaning they are bad at quickly adjusting to new conditions or changes in their incoming data stream.

Liquid Neural Networks though, are constantly moving and adapting, making them more flexible, helping them to adjust quickly to unexpected or noisy data.

So, if you are sitting back relaxing while your Tesla drives you on autopilot, you will not need to panic if it suddenly starts raining, well, at least once they are made with liquid neural networks. Until then, you might want to think twice before relaxing at the wheel.

What is more, its lead designer, Hasani, thinks it may also have the potential for speeding up medical diagnoses. Not too shabby, ehy?

While the future is uncertain and predictions are subject to human error, I, and my real-world twin by that matter, am optimistic.

For too long, it remained in the interest of those in power to cater to those who provide the mouthpiece, to pander to the gatekeepers.

But today, we are entering an unprecedented era where the views and opinions of the citizenry are championed, held up and spread far and wide on digital platforms.

A single video representing a political issue, if it resonates with enough people, can be the catalyst for great social upheaval and political change.

At no other point in history did an individual born into the working classes have the potential to bring about such huge change.

Combined with the rapid advancement of AI, and their new adaptivity brought about by liquid neural networks, we face a future where flexible AI has the power to quickly adapt and change to any situation, implying a vast swathe of digital upgrades, from adaptive nano-bot healthcare through to autonomous luxury cars.

Guess the news does not always have to be doom and gloom. What do you think though? Do you think the removal of political gatekeepers will work out, or do you see it going another way?

And on that note, I have been your digitised host, Mark Van Rijmenam. See you next time for your information download. 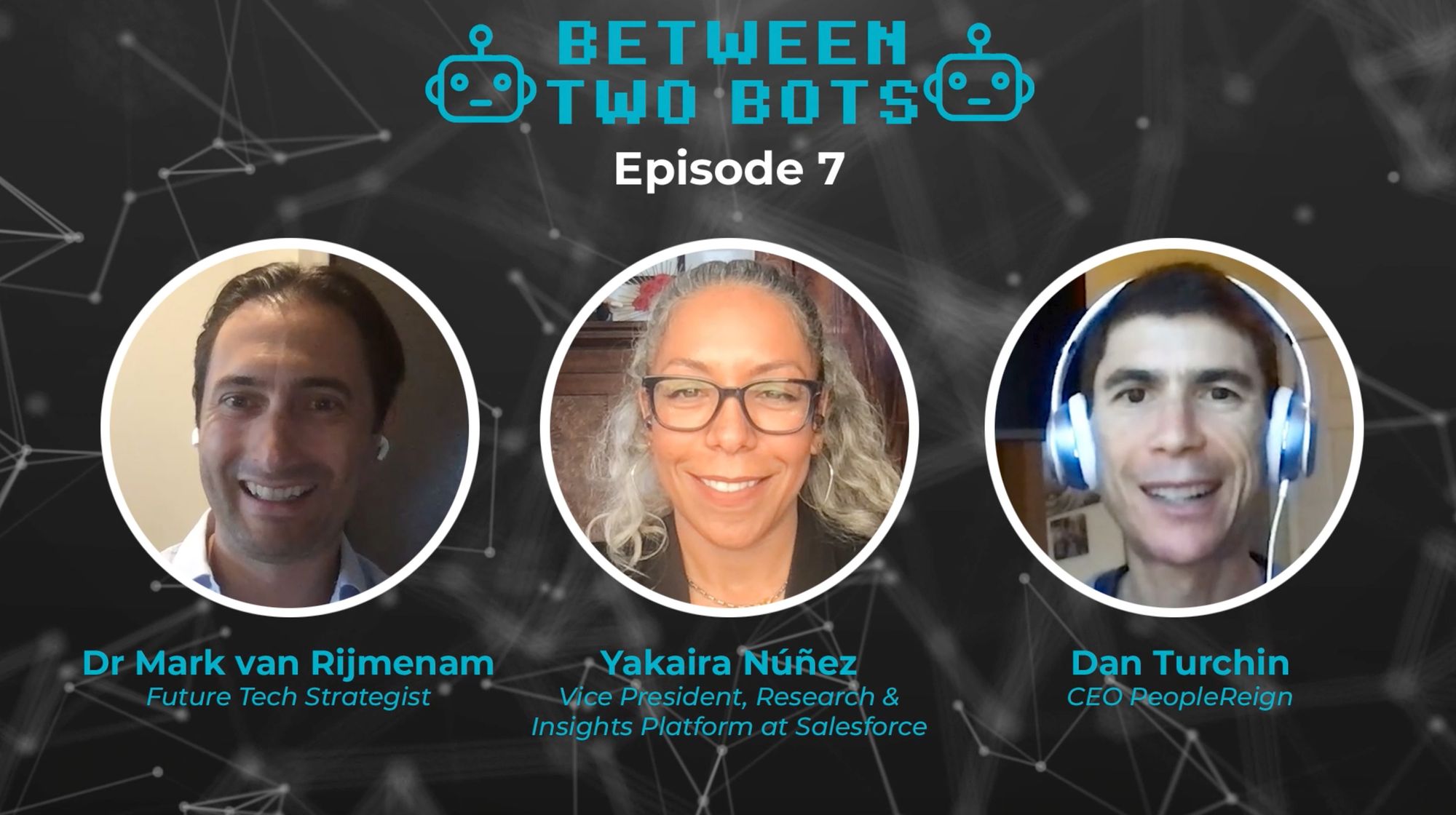 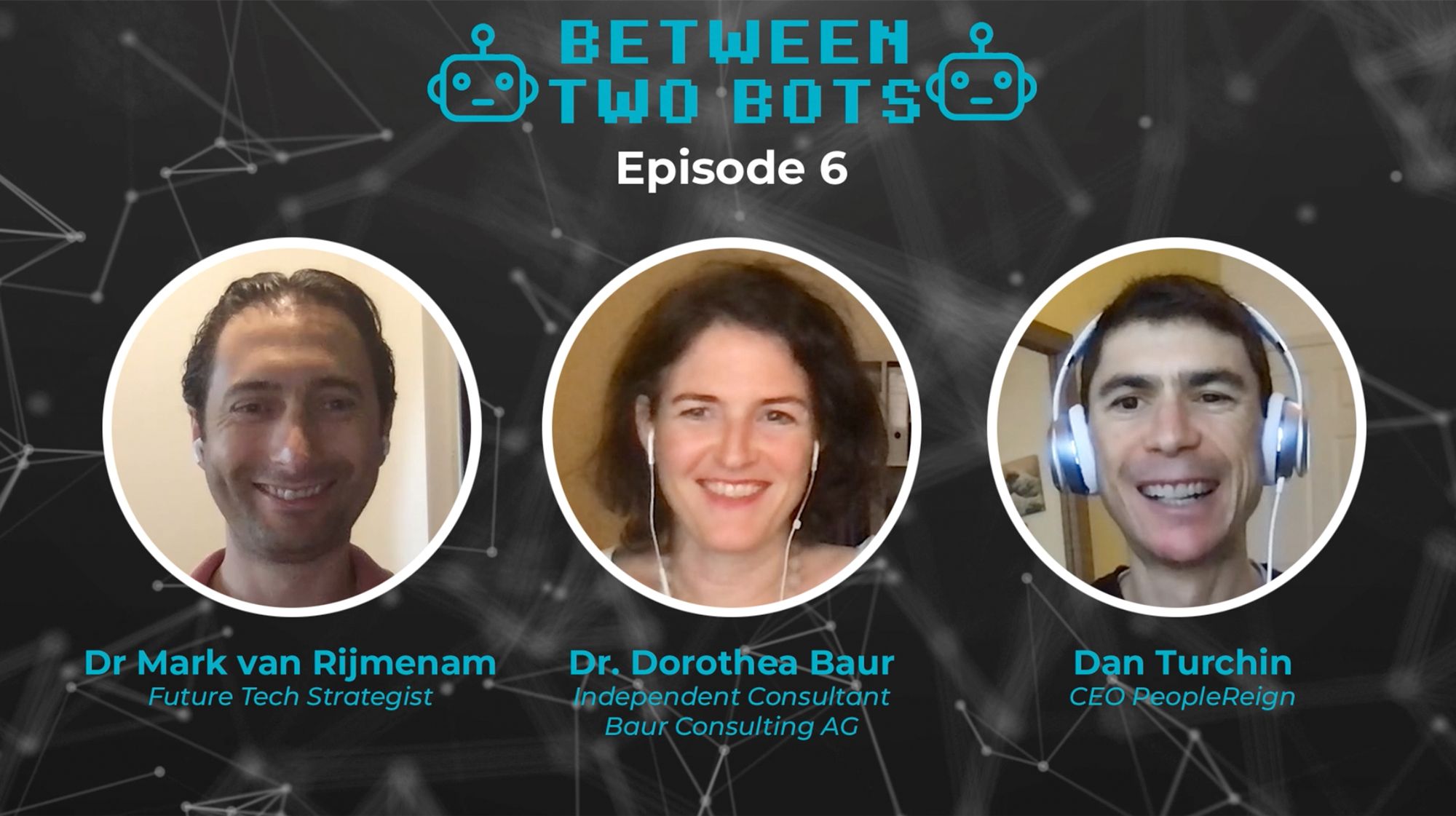 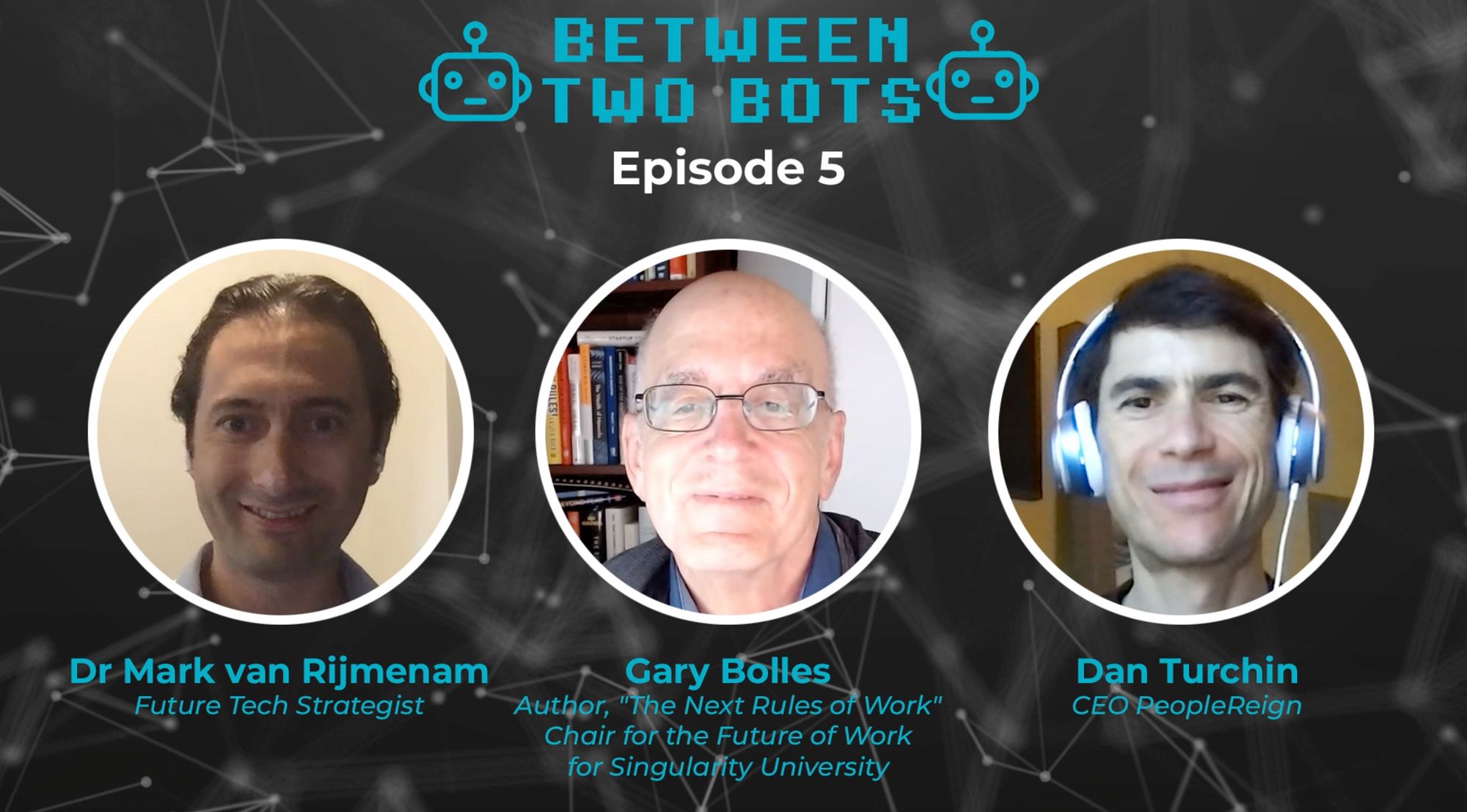 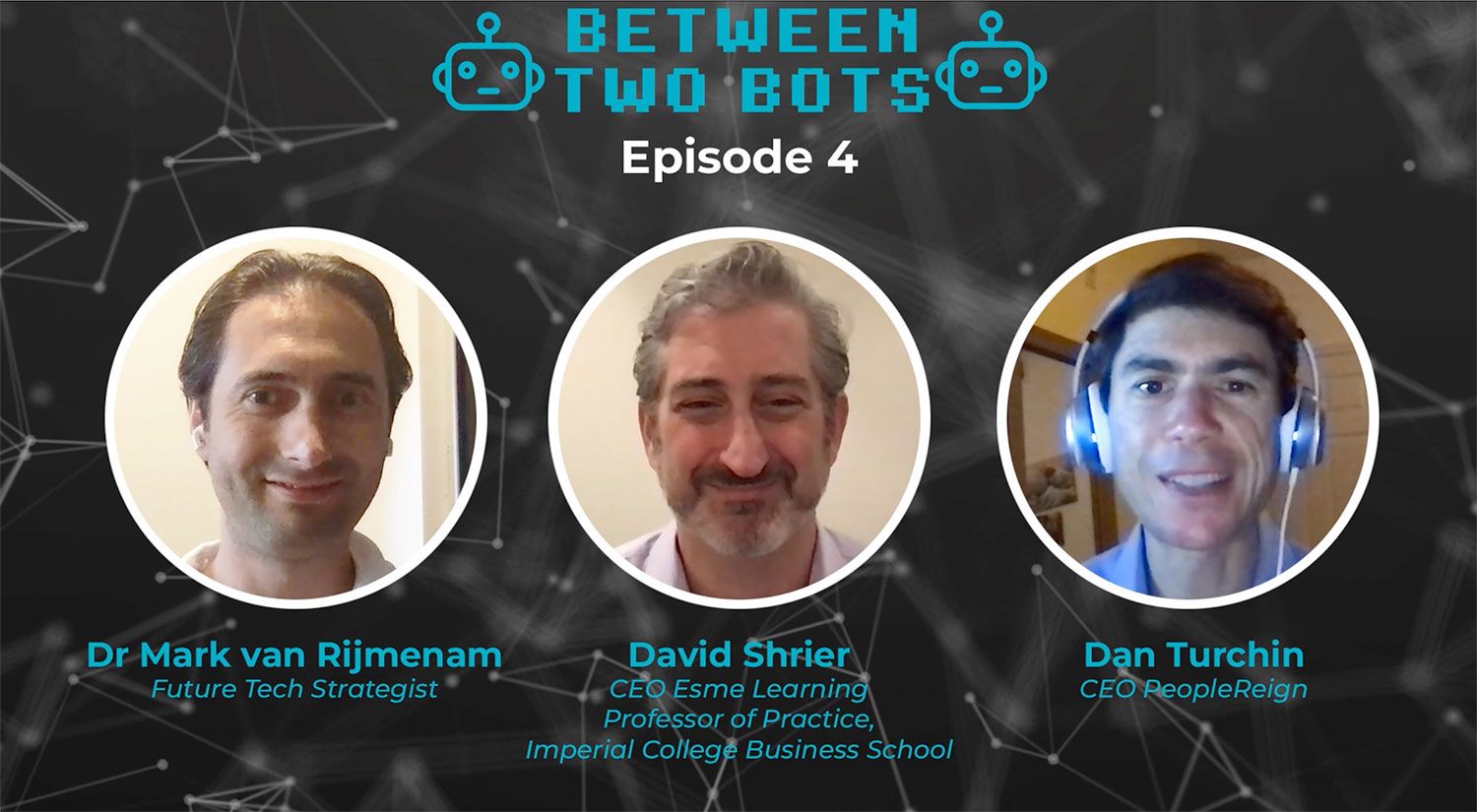 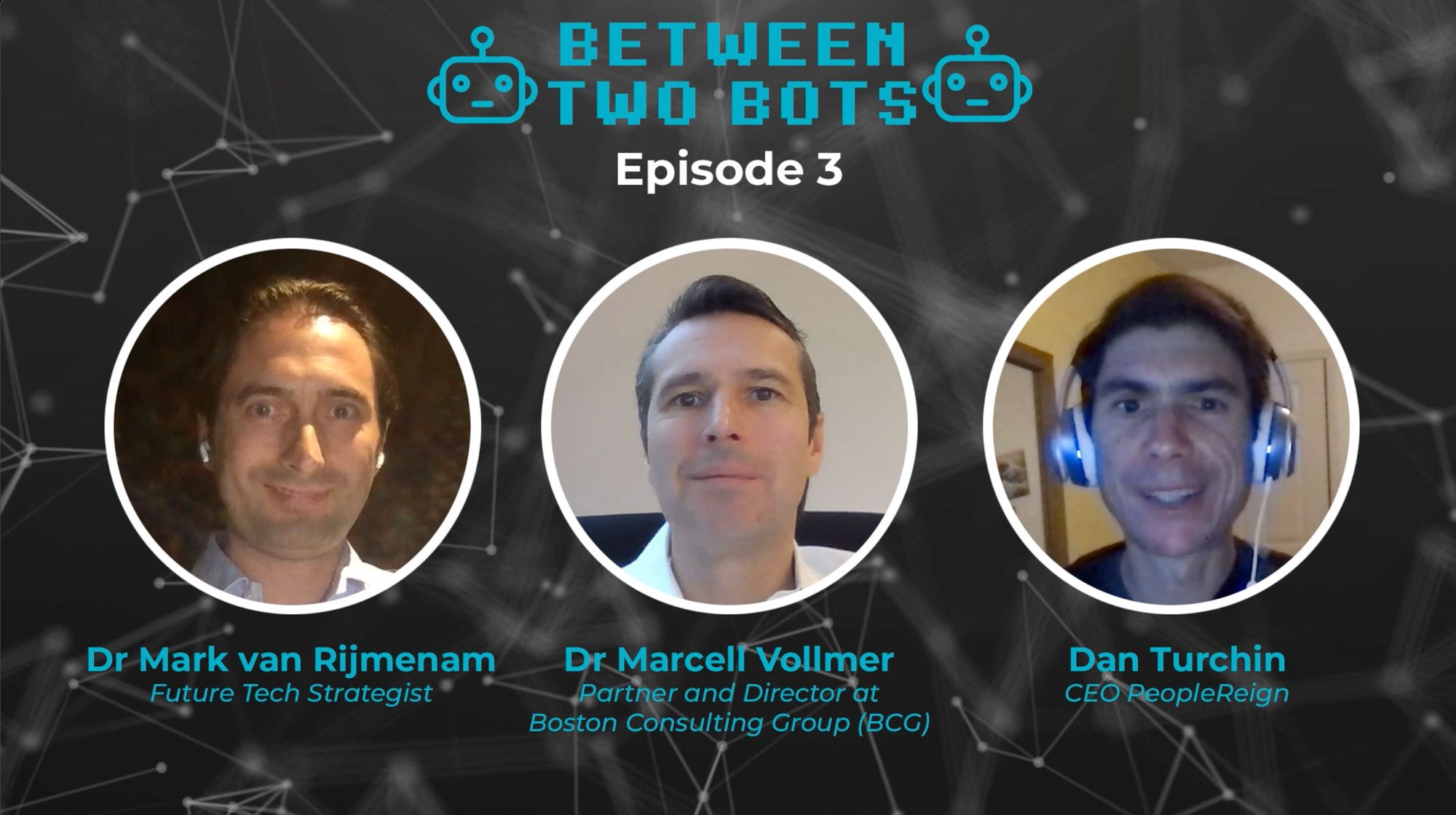