Why We Should Embrace Technology to Change Globalisation 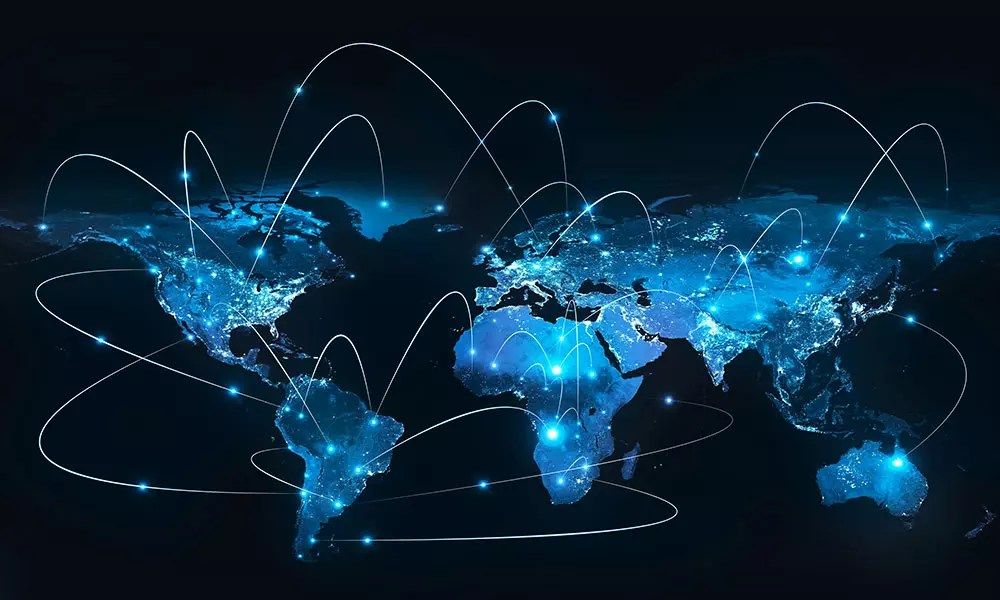 We live in a world where increasingly globalisation is under threat. The biggest threat comes from trade wars, started by Mr Trump, that could significantly harm the world economy. This week, the International Monetary Fund warned that Trump’s trade war could cost the global economy $430 billion in 2020. As the IMF’s report states, all countries will suffer, but the USA the most. Trade wars also affect the oil prices, which went down more than 4%. Trade wars are bad for the global economy as, in the interconnected world that we live in, it will affect everyone; from small business to large conglomerates. It is a war with only losers.

Trump’s nationalism has an unexpected side effect as it is uniting different nationalist movements across the globe. Such an international nationalist movement sounds like a contradiction, but the truth is that increasingly disparate, local, nationalist parties are working together and learning from each other. They usually focus on immigration and economic protectionism, thereby further threatening globalisation.

The Rise of the Eurasian Continent

Recently, I read two very interesting books. The first book was by Peter Frankopan. His book, The Silk Roads: A New History of the World, describes a major reassessment of the world’s history in light of the East’s renaissance. The other book was, The Dawn of Eurasia: On the Trail of the New World Order by Bruno Maçães, a former Member of the European Parliament, describing the upcoming integration of Europe and Asia and Europe’s choice it has to make whether they want to be actively part in this or not. Both authors argue that a changing world order is imminent, where we will see a move from the West to the East and the rise of the Eurasian Continent as an economic power.

China’s Belt and Road initiative is a clear example of this changing world order. Although some countries warn for China’s ghost town diplomacy or China’s Debt Trap (multiple countries cannot repay China’s loans and instead see their infrastructure projects bought by the Chinese), it could also be the world’s largest trading collaboration for years to come. Fact is that it is a Trillion Dollar project that is reshaping global trade routes and with that, China is speeding up Asia’s rise and potentially changing geopolitics by bringing more power to the East in general and China in particular.

With Asia’s rise, the question for the rest of the world is whether or not to join the Belt and Road initiative. Currently, 75 countries have joined the initiative, while most Western countries have refrained from siding with the Chinese in this massive project. Nevertheless, the initiative continues and with 75 countries already involved, it is fuelling global collaboration across organisations and countries.

In the past decade, globalisation has gone digital and, as such, within this global collaboration, technology is increasingly becoming important. Not only the obvious technologies required to literally build projects such as the Belt and Road initiative but more specifically also Emerging Information Technologies such as big data analytics, Blockchain and artificial intelligence to enable efficient and effective collaboration across borders; big data analytics can help provide insights in the constantly changing context and help find the right partners, Blockchain can ensure trust and enable peer-to-peer transactions among those partners and artificial intelligence can automate decision-making and improve cross-border partnerships, resulting in algorithmic businesses collaborating effortlessly with each other.

Key to such global collaboration is trust, because as a famous saying goes, on the internet, no one knows you are a dog. Therefore, when we want to collaborate across (digital) borders, we need more than believing someone’s words or blue eyes. Especially when one is not certain of the other’s intentions, as is with the Belt and Road initiative, an immutable, verifiable and traceable reputation can contribute positively to creating this trust required to build long-lasting relationships and collaboration. This is where digital technologies come into play.

Blockchain can have a positive contribution to the nature of trust and, in addition, can ensure effective and efficient collaboration through the use of smart contracts. Big data analytics can provide insights into the soaring flows of data that generate more economic value than the global goods trade to help organisations understand the context in which they operate and artificial intelligence can give smaller businesses also a chance to go global, for example by pro-actively match small companies with big contracts all over the world.

As a global society, we need to embrace global collaboration, but we need to have the right means to do so since unknown makes unloved. We need the right digital tools and move away from protectionism and nationalism. Instead, we need to employ and embrace Emerging Information Technologies to build an immutable reputation, not only for individuals, but also for organisations, societies and, thanks to the Internet of Things, even connected devices.

In a world where globalisation has gone digital, the convergence of big data analytics, Blockchain and artificial intelligence is becoming the holy grail to ensure trustworthy, effective and efficient global collaboration among individuals, companies and even connected devices. It will change how globalisation functions, driving economic growth and job creation across the world. In a world where you can trust the other party and collaborate effortlessly, prosperity follows quickly. Therefore, let’s change how globalisation works and embrace Emerging Information Technologies.