How to Solve a Global Identity Crisis Using Blockchain 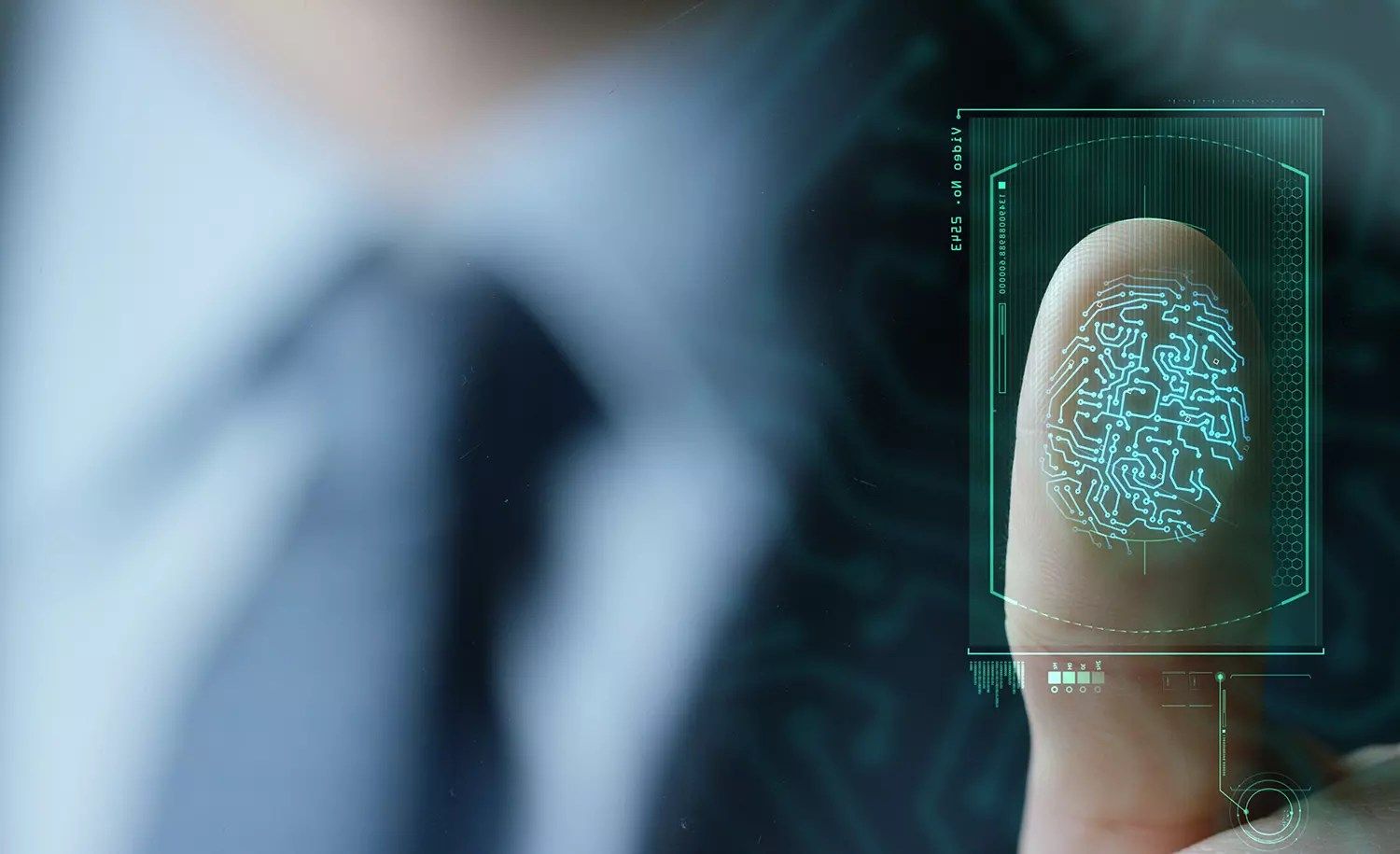 We have an outdated identity system. You might not be aware of it because you are using it on a daily basis and all seems to be fine. However, identity faces a major crisis and we need to solve some big challenges. To achieve this, we have to bring identity into the 21st century. However, what is an identity? Only if we know what identity is, will we be able to change how we deal with identity.

Know thyself, the Greek already inscribed it in the forecourt of the Greek Temple of Apollo at Delphi. Since then philosophers, psychologists, scientists, poets, authors, artists and politicians have discussed and debated the topic. Plato referred to it as long-standing wisdom. It was given as advice by the Gods, and according to Socrates, “To know thyself is the beginning of wisdom”.

It seems such an easy question to answer Who am I and What is my identity? But it is a lot more difficult than one would expect. Is your identity what is stated on your government issued identity document such as a passport or driver’s license, that is if you have such a document? Is identity your name that your parents gave you or is it the nickname that your friends gave you? Is identity your Facebook, Twitter or LinkedIn username? Is it your employee number at your work or is it your social security number?

These are just some of the questions that come up when thinking about identity. But that’s is not all. Once you have identified who you are, we have to deal with the persistence of identity; which you is you? Is your identity who you are today, yesterday or tomorrow? Is it your physical appearance, your perceived identity, your feelings and thoughts or your actions? If you change your attitudes, behaviour or even your physical body (your cells are replacing itself constantly), does it change who you are?

Identity is a lot more complex than you might have thought. We have not yet even started about group identity and all those devices that you can connect to the internet, do they have an identity as well? As it appears, they do. If we want to connect billions of devices to the Internet of Things, we have to solve our identity crisis.

Many different attributes create your identity. These attributes constantly change and evolve regarding priority and durability. Some attributes, such as your name and social security number will stay with you for your entire life. Not counting exceptions of people who change their name for whatever reason. Others, such as your employee number, your student number, your address or phone number, will come and go on a constant basis. They may stay with you for several years or more. While others again can be very short-lived, such as a username on a forum or website. Each of these attributes has different, uniquely identifiable, characteristics.

The combination of these attributes makes up who you are, although you might perceive that differently. The same goes for devices. As with people, machines have a variety of attributes that make up their identity. For example, the type of device, the brand, the colour, the characteristics and its capabilities.

Identity verification is the second problem. Verifying your identity can be as simple as showing an ID or can result in a laborious and time-consuming task, involving multiple documents from a variety of organisations as well as verification questions to prove who you are. Verifying your identity happens all the time, online and offline. Organisations such as banks, telco’s, social media websites or online webshops need to verify your identity when you want to do business with them, often because of regulation such as Know Your Customer (KYC).

KYC is the process that, especially financial institutions, need to have in place to verify the identity of customers to prevent money-laundering activities or even terrorism. Identity verification is so engrained in our lives that we might not even see how out-dated the system of identity verification is. Despite all those safety measures such as KYC, the verification of identity is still not secure. Identity theft happens all the time. It is very easy to fake or purchase an identity (prices of buying a US passport on the dark web starts at $938. In addition, the more companies have to store customer and customers’ customer data, the higher the risks that hackers steal that data. Especially as not all companies will ensure the highest level of security.

Identity theft and identity verification are two big challenges related to identity, but the biggest challenge that we are facing is the identity exclusion that millions of people face every day. Since being able to show proof of your identity is a necessity to participate in social and economic activity. Not having one can have deeply damaging consequences for individuals. Yet, around 1.5 billion people, or 20% of the global population, does not have any proof of an officially recognised identity. Most of these people live in developing countries and are already dealing with major other problems.

Apart from personal problems, not having up-to-date population data prevents (local) governments from developing and executing proper social services. According to ID2020.org, a public/private partnership to solve the problem of identity exclusion, over 100 countries do not have functional civil registration and vital statistics systems. As a result, approximately 230 million children are not registered upon birth and as such basically do not exist.

Not having proper population statistics prevents business, governments and NGOs to do business frictionless. It prevents proper planning and budgeting if you do not know who and how many people you are dealing with. For countries that face already a multitude of problems, this poses a real challenge and often solving those challenges start with solving the identity problem first.

One country that is working hard on giving all its citizens an identity, is India. In 2009 the government launched the project AadHaar, which is the world’s largest biometric identity system. The objective of the system is to provide every Indian with a government-issued identity card, linked to their biometric details and with a 12-digit number based on their biometrics and demographics. 99% of Indian citizens above 18 years old are enrolled. It is the most sophisticated identity platform and has a capacity of enrolling 1 million people per day.

The proof of identity enables Indian citizens to have easy, online and portable access to government services and the system is linked, through Application Programming Interfaces (APIs), with other, non-governmental, services such as banks. As such, it enables those organisations to comply with KYC. AadHaar is a great example of how a government brought their identity system into the 21st century, although there are, as always with a project of this scale, privacy and design concerns such as

Although AadHaar has been built for the 21st century, it lacks one major technology that is currently making waves across the globe. AadHaar does not incorporate Blockchain and, as such, all the problems that are currently existing with identity remain. Blockchain is the technology behind Bitcoin. It is a distributed ledger, or database, that facilitates trustless peer-to-peer transactions removing the need for intermediaries, where data becomes immutable, verifiable and traceable. Blockchain will do for transactions what the advent of the internet did for the sharing of information. In the words of Goldman Sachs “blockchain will change…well everything”.

The financial services industry, known for legacy software and hardware, is investigating how Blockchain, or distributed ledgers, can be applied to improve the sector. If you know that banks, in its purest form, are there to facilitate financial transactions, it is easy to see how Blockchain can make banks redundant if they were to ignore this revolutionary technology. Fortunately, they do not and Blockchain has the potential to drastically improve the industry, reducing settling times, making banking cheaper and more widely available.

However, Blockchain also offers enormous potential to solve our identity crisis. Having ‘an identity on the Blockchain’ will make it immutable, traceable and verifiable, thereby significantly reducing the possibilities for identity theft. If pushed by governments, it could provide those excluded with much-needed proof of identity and allow them to improve their services. A well-known example of a government working hard to bring identity to the 21st century is Estonia. The small country in Eastern Europe has been digitalising their government since it restored its independence in 1991 and they have become a global role model for e-government. When they developed their e-government they focused on four principles:

As a result, Estonia built an e-residency program based on the Blockchain, which enables anyone in the world to become an e-resident of Estonia. Once accepted, it allows the e-resident the possibility to start a company, open a bank account and start doing business. This enables anyone to benefit from the efficient services of Estonia while bringing new revenue streams to Estonia. A revolutionary approach that, instead of focusing on tax benefits, focuses on efficiency benefits, which can be quite lucrative for organisations. In addition, having an identity on the Blockchain could solve the problem of identity theft. It could make identity verification a lot simpler while protecting citizens’ privacy. After all, citizens will control the data to be released to what institution when.

Self-Sovereign Identities are still in development. There are many startups working on decentralised identity solutions. Each solution is slightly different than the other and has a different approach regarding tokenisation, hashing and encryption. These startups are focusing on digital identities related to passports, birth/wedding/death certificates, e-residency, online account logins, etc. Some of the pioneers in digital identity are as follows, in alphabetical order

These startups and many more aim to develop solutions around identity for all industries. It can be foreseen that any industry can benefit from digital identities that are verified using the Blockchain. Once governments and startups have developed decentralised and distributed identity solutions, the three main problems of identity, theft, verification and exclusion, have a chance of being solved and resulting in an improved world.